The Way We Were: The Lost Partnership Between the Laity and Church Leaders

e begin with a bit of history.  In the early days of Christianity there existed a genuine partnership between what we now call the laity and the Church leaders. The Church was a combination of the two groups. And the partnership extended to all Church matters. The laity had equal voices in matters of administration, doctrine, discipline and all expressions of piety. The following two examples, one regarding discipline and the other doctrine, illustrate this historical fact:
1.  In Chapter 15 of the Acts of the Apostles we are told that some Jewish Christians came to Antioch and began telling the Gentile Christians they were required to observe all the prescriptions of the Torah, including the practice of circumcision and the food restrictions. The Gentile Christians reacted strongly, asking in effect, what do circumcision and those other laws have to do with what Jesus taught?
The Church--those Gentile Christians--sent Paul and Barnabas to Jerusalem (the Vatican of that time) with their complaint and their wisdom, and their voice prevailed. It is worth noting here that Church Leaders in these early centuries worked full time jobs to support themselves. 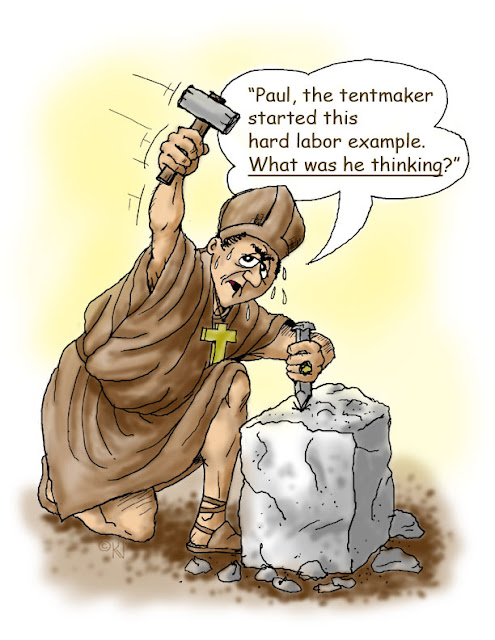 2.  The Council of Nicaea, 325 A.D., condemned a heresy, Arianism, which stated that Jesus was not quite God. He was the highest of all creatures but still a creature.

Arianism, however, did not die with the condemnation. The Emperor, Constantius II, favored it and exiled Pope Liberius for his refusal to support it. Eventually, Liberius, in exile, gave in to the Emperor and was returned to Rome.

In Rome, the Christians, who now considered Liberius to be a traitor, would have nothing to do with him and began turning to an anti-pope, Felix. “The people would not even go to the public baths lest they should bathe with the party of Liberius.” (“Arians of the Fourth Century

” by Cardinal John Henry Newman). The Pope got the message and changed back to his original opposition to Arianism. Again from Cardinal Newman: “The Catholic people, in the length and breadth of Christendom, were the obstinate champions of Catholic truth, and the bishops were not.”

# # #
Today we can’t imagine sending a bishop anywhere, much less with the mission of carrying the wisdom of the people to the Vatican. Nor can we imagine having a voice in the discipline of the Church. Nor does the laity have a voice in doctrinal matters today. Does anyone recall an instance where the bishops asked for an opinion on "infallible" definitions, or on the content of encyclicals? What happened to that partnership between laity and Church Leaders so pronounced in the early centuries?
We will continue our search for the answers in next week’s blog issue. When and how did Christianity lose its original egalitarian character? And what have been the consequences of that change?

The Arians of the Fourth Century

A History of Christianity

, by Paul
Johnson.
Posted by Stephen Boehrer at 12:01 AM 0 comments