The Purple Culture in Bloom

e are looking at the culture of the episcopacy as it evolved over time. Father Thomas Bokenkotter, priest and historian, notes that by the time of the French Revolution (1789), the aristocratic families had gained complete control over the appointment of bishops.

Their sons were often installed in Episcopal palaces before they were dry behind the ears.

Those sons carried with them into the episcopacy the same culture that we described in the previous issue of this blog.

They were often more interested in worldly affairs and the gossip of the court than in spiritual matters.

Luxury abounded in episcopal palaces and even in the houses of many of the religious orders whose abbots and abbesses lived and traveled in princely style.

The purple culture of the bishops was in full bloom.
A relevant example: A curé(Pastor) at that time was paid 300 livres per year. A bishop received up to 400,000 livres. That’s a 1 to 1,333 ratio.
What about the relation of the aristocracy, both secular and episcopal, to the common people, the non-aristocrats and the laity? Frankly, the latter were almost totally discounted.
They were useful as servants, but had little to offer except their labor, their taxes, their adulation and, of course, their use as cannon fodder. In its modern-day formulation it was “pay, pray and obey.”
The reality was that the rest of humankind seldom entered the aristocratic consciousness. If the aristocrats happened to notice the dire poverty and terrible sufferings of the masses, they generally did little more than thank God that they were not of that class. Their perspective was supported by the common theology of that time: As they were aristocrats by the grace of God, just so the grace of God had established those others in their misery. 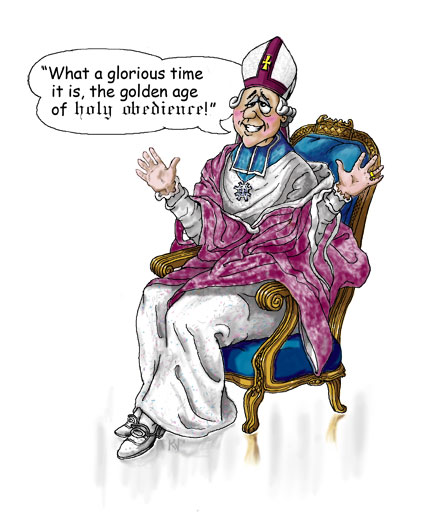 But, then came the FRENCH REVOLUTION. The causes of the revolution are complex and not the subject of this blog. It is enough to say that it sprang from the long-suffering discontent of the peasants and the middle class. It was shock and awe, filled with blood and horror, a revolt ultimately against a caste system that penetrated both society and the church. It brought its battering rams to the walls of established privilege and under the clear call of liberty and equality, privilege fell brick by brick. The peasants took their voice back. Their first word was revolution.
In the next issue we will take a brief look at the results of the revolution as they affected both the secular and the clerical aristocracy.
Resource:

Church and Revolution:  Catholics in the Struggle for Democracy and Social Justice, by Thomas Bokenkotter.
Posted by Stephen Boehrer at 12:01 AM 0 comments