The Culture of Aristocracy in the Golden Age of Princes

etween the 5th and 18th centuries both the secular aristocracy and the ecclesiastical aristocracy increased their power and their control over the lower classes. The time, just prior to the French Revolution, has been called the Golden Age of Princes. Using France as an example, it was a time when the magnificence and displays of monarchy and aristocracy were at their height. The aristocracy had strengthened itself considerably in the time between Louis XIV and Louis XVI. They now numbered about 400,000 in France and they maintained all the privileges of the aristocracy. They were exempt from taxes. The burden of the chief tax, called the taille, was imposed on the peasants and the middle class to pay. The control over and the distribution of justice remained in aristocratic hands.
What was the culture of the aristocracy like? Precedence, the pecking order, controlled relationships within the group. And precedence was itself controlled by a maze of rules of etiquette. The movie, “Marie Antoinette,” reveals this culture in action. The rising ceremony of the queen (like that of the king) showed how members of the aristocracy vied with each other to present an article of clothing to the queen for her to put on. If someone higher in the pecking order, e.g. princess over duchess, happened to come in, the article went to the loftier of the two for handing to the queen.
In effect, all eyes went upward to the higher order of precedence, and finally to the king. Fawning and sycophancy define the culture because ambition could only be advanced in that manner. The whim at the top had to be played to. Obedience and kowtowing became primary virtues.
As a consequence, members of the aristocracy, for the most part, were a fairly shallow bunch. Gentlemen and ladies did not work so they were faced with finding ways to fill their time. They concerned themselves with gossip, parlor games, entertainments, sport, intrigue, and of course, their ambitions and their genealogies. They were self-absorbed to the point of ignoring anything outside their particular culture. It was a culture based on pretense. Aristocrats were basically actors, having to play in a culture that was exploitative, belittling and pompous. Trivia, as in the rules of etiquette, replaced anything of substance. 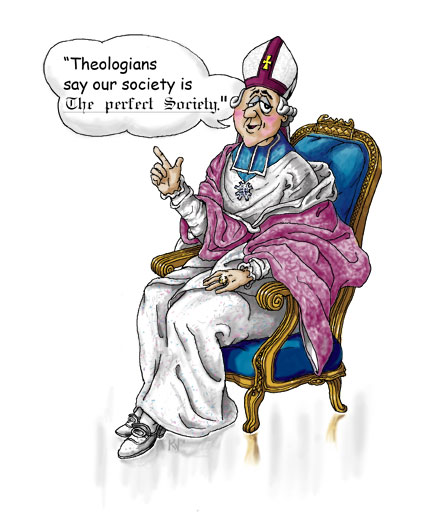 Next week, we look at the purple culture of the bishops in this golden age of princes.
Resource: H.D. Molesworth, The Golden Age of Princes, 1969, G. P. Putnam's Sons.
Posted by Stephen Boehrer at 11:54 PM 0 comments