How the Emperors Upgraded the Office of Bishop

We have seen how the bishops tweaked the Christian message to make it coincide with the value components of the Roman aristocrats and thereby make it attractive to those aristocrats.


Now let’s look at how the Emperors aided this process of converting aristocrats.


The emperors promulgated laws that:

1. Decreed that bishops could not be accused in secular courts.
2. Gave bishops judicial authority that could not be challenged. We might call this “aristocratic justice,” justice meted out by the Lord of an area. If the Lord’s son raped your daughter, where were you?
3. Gave clerics tax exemption like the rest of the aristocracy.


Conclusion: By the middle of the 5th century, the office of bishop was sufficiently loaded with status to attract aristocrats.

In fact, within a single century, aristocratic status became a virtual qualification to become a bishop in much of the western world. Christianity was now a caste system for all practical purposes. The original egalitarian essence of “The Way” was lost. Public honor, the sought-after goal for an aristocrat, came with the office of bishop. And being a bishop became for the first time a full-time job, leaving plenty of time for leisure. In my book I have called this new episcopal culture, The Purple Culture. Born in the fourth century, it will strengthen and become pervasive over the coming centuries. 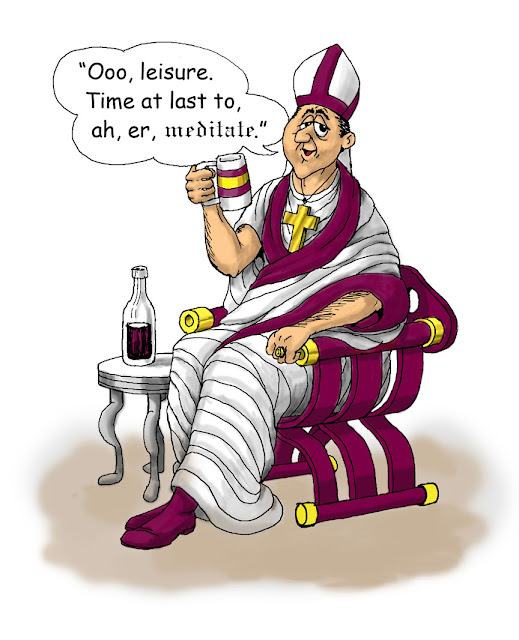 Next week we will begin to examine this purple culture in detail.

The Making of A Christian Aristocracy