Church Change by the Back Door: Usury and Contraception

ishops have made U-turns on moral issues in the past where the wisdom of the laity prevailed. The bishops do need some sort of back door, however, in order to camouflage the turn-around. An excellent example is the change in their position on usury, the taking of interest on loans.
Papal condemnations of usury and money lenders go back as far as the fourth century. Today, usury is often understood as the taking of ‘excessive’ interest. That was not the understanding of usury in the papal condemnations. The definition of usury used by the pope and curia is explicit in the Encyclical Vix Pervenit of Pope Benedict XIV in 1745: “Usury….consists in this: That someone, from the loan itself, which of its very nature demands that only as much be returned as was received, wishes more to be returned to him than was received, and therefore contends that some profit beyond the principal, by reason of the lending, is due to him. Therefore, all profit of this sort, which surpasses the principal, is unlawful and is usurious.”
When the Western world changed from a land economy to a money economy, people began taking or paying interest on loans. It became the common practice. Confessors began to notice that people were no longer confessing the sin of usury. Priests and bishops were confused on the issue and various opinions emerged even among the clergy. Harkening back to Vix Pervenit, the bishop of Rheims queried the Vatican on how to deal with the confessors and the differing opinion. The response from Pope Pius VIII (1821-1830) was: “They are not to be disturbed.” In other words, don’t worry, just stop talking about it. The practice of the people had prevailed, and the Pope slipped out a back door. 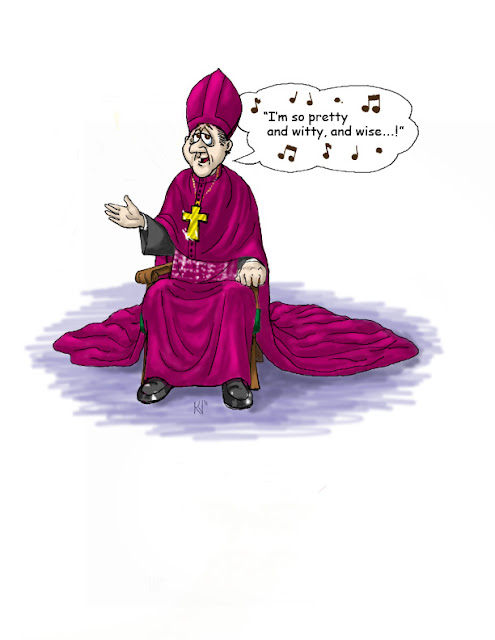 A contemporary example where the laity have decided by their practice on an issue that was and is still being condemned by the Vatican is contraception. Some 97% of Catholic women of child-bearing age use contraceptives. Some estimates say 98% of all Catholics disagree with the official position. The laity are simply relying on their own wisdom.

They know that sex can be about loving and supporting intimacy as much or more than about procreation. They give importance to the relational aspects over the mere physical act. The gospels are about loving, not about sex. Contraception now has a firm acceptable place in their consciences. And the Vatican is looking for a back door. The door came slightly ajar recently when Pope Benedict XVI moved from a previous position to a contrary one saying that contraception might be appropriate to stop the spread of AIDS.

Posted by Stephen Boehrer at 10:36 AM 0 comments